During the RSGB Convention 2017, I was chatting to some of the big names in ham radio, especially in terms of VHF and upwards. Part of my quest to get better at EME, if I recall. Ian (GM3SEK), designer of the DG8 preamp, pointed out that the DG8 was unsuitable for EME reception and suggested a PGA144 preamp as designed by Sam (G4DDK).

I had built a few other preamps, too, and I decided to measure their gains and noise figures to see how things compared.

The first few I tested were:

I measured the two DG8 preamps, and found the maximum gains to be around 18dB. The noise figures on 144 MHz were 3.4dB and 2.4dB. The 3.4dB device was retuned to obtain a better noise figure at the cost of a (slightly) lower maximum gain. 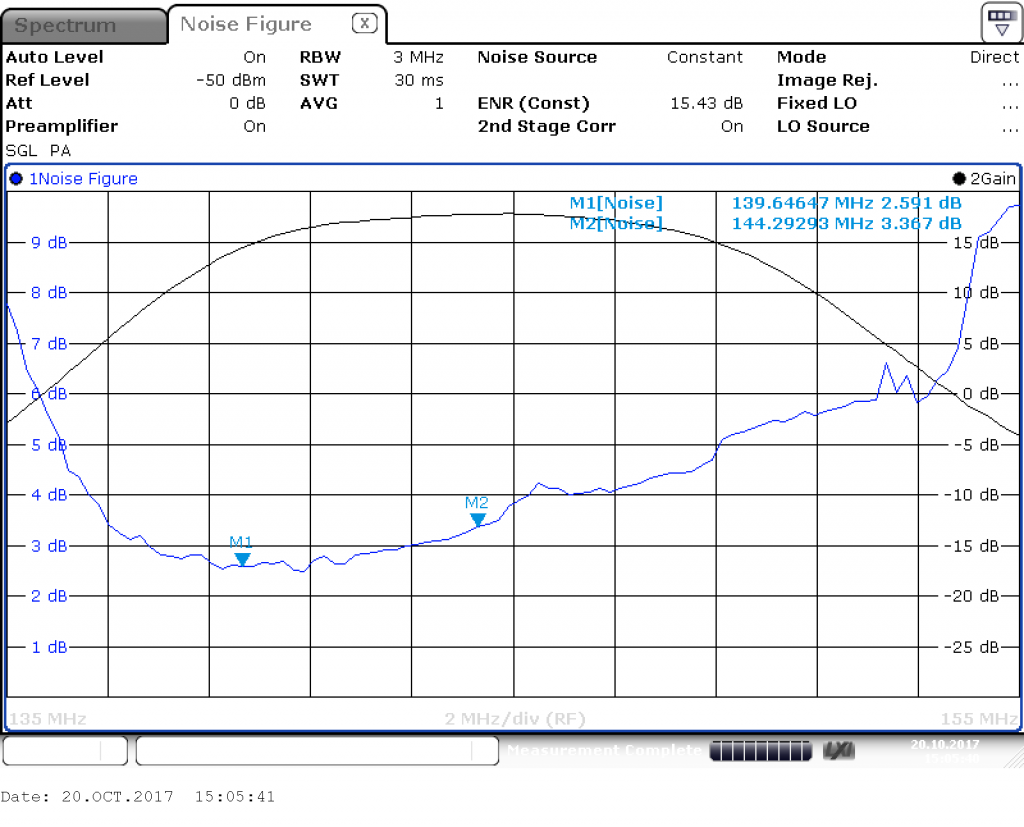 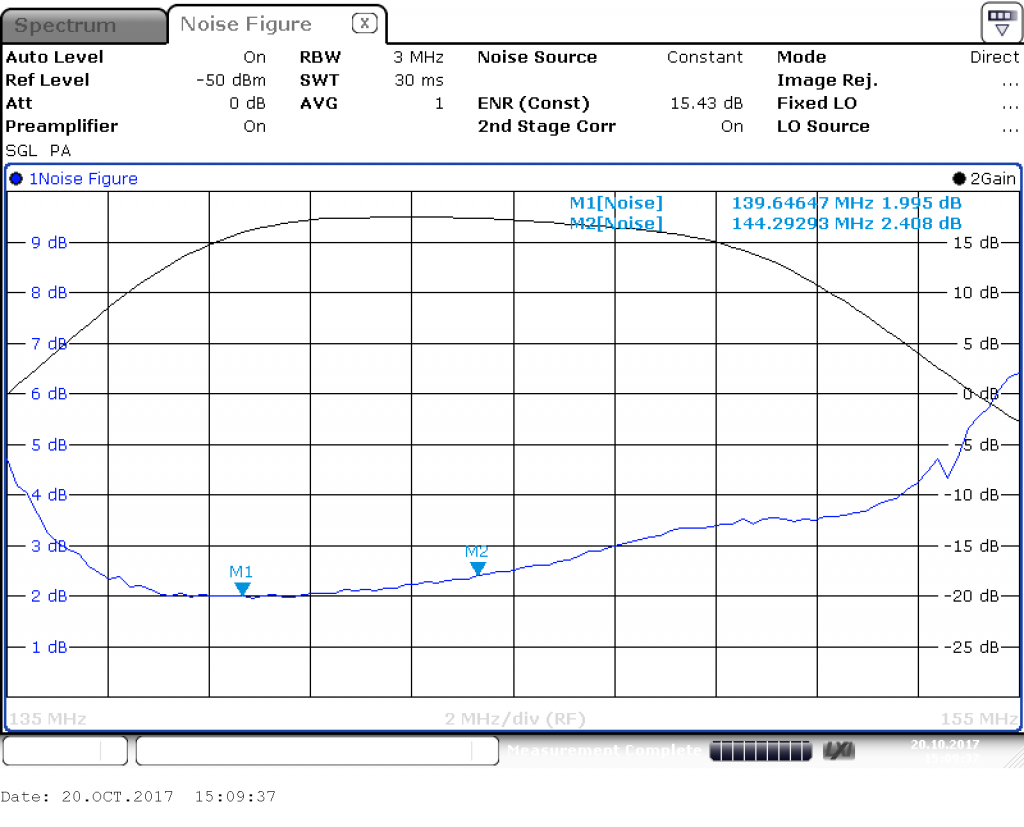 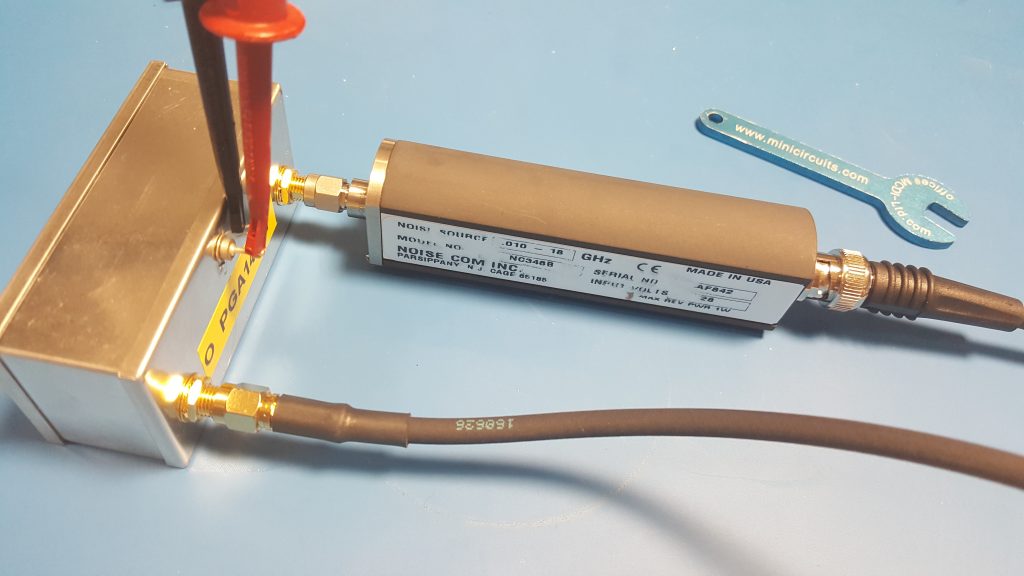 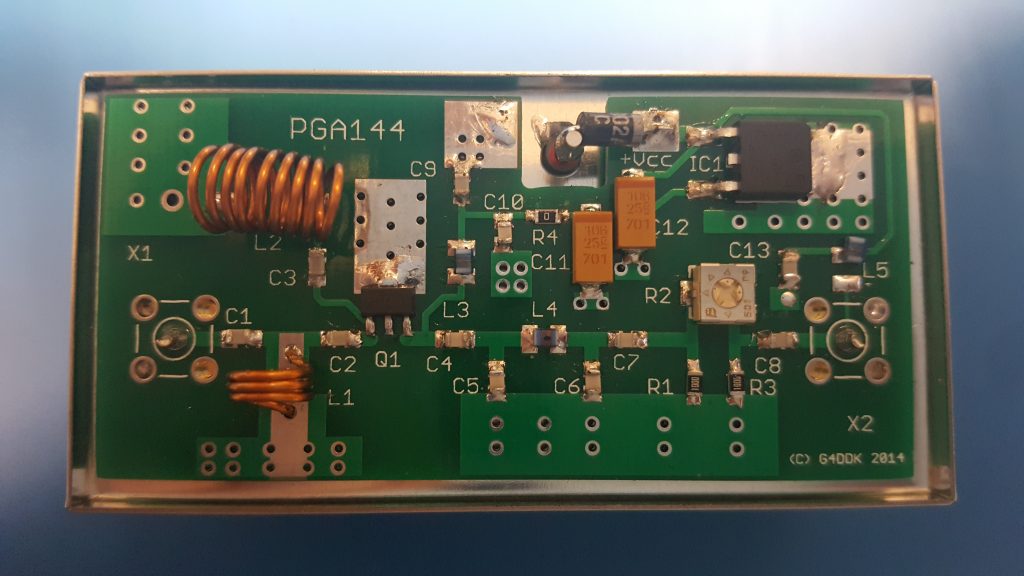 It is easy to see why the PGA144 preamp is better for EME. The PGA144 is based on the PGA-103+ device by MiniCircuits, with a FM band notch and a high pass filter. Compared with the DG8, the PGA144 has a similar gain, but a much lower noise figure, at 0.64dB minimum and 0.74dB at 144.5 MHz. The top graph shows the tuning of the 98 MHz notch filter (for FM broadcast). The second graph shows the gain and noise figure. 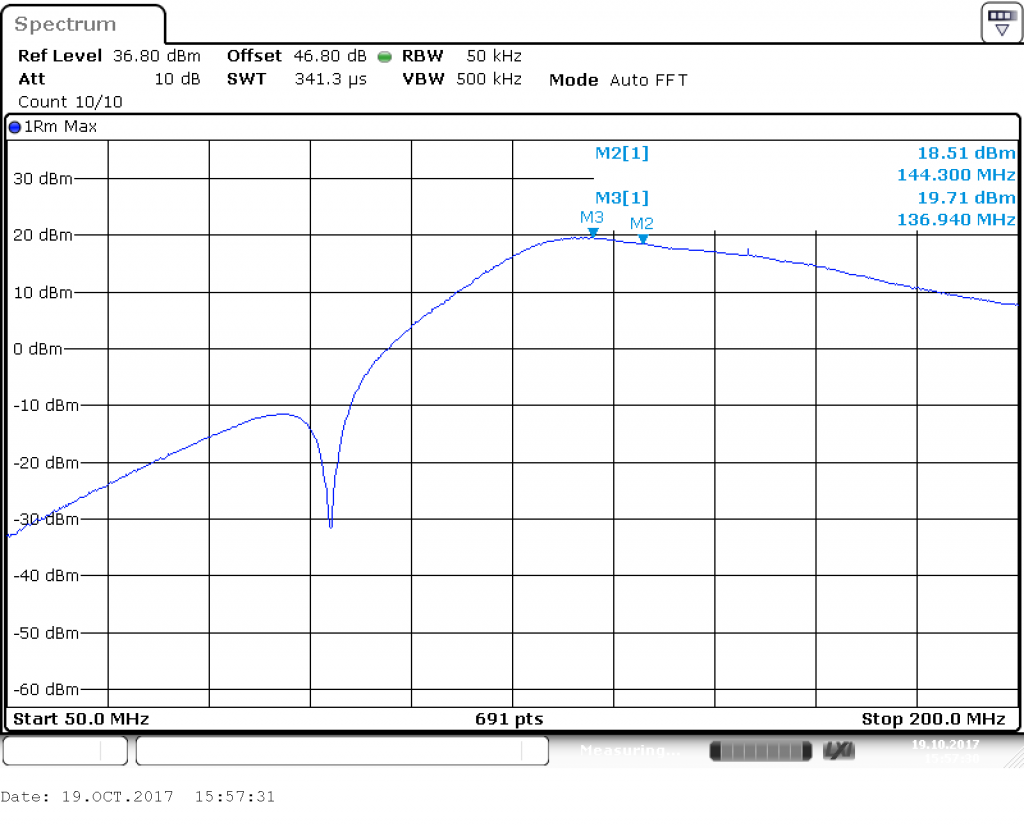 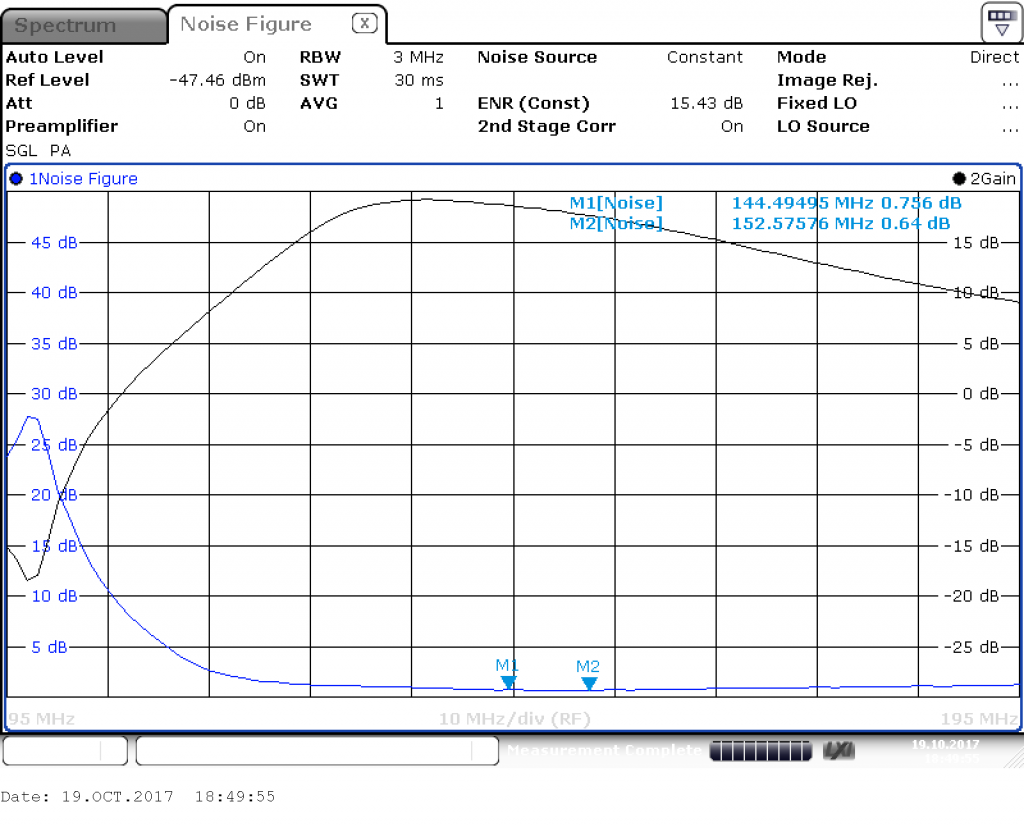 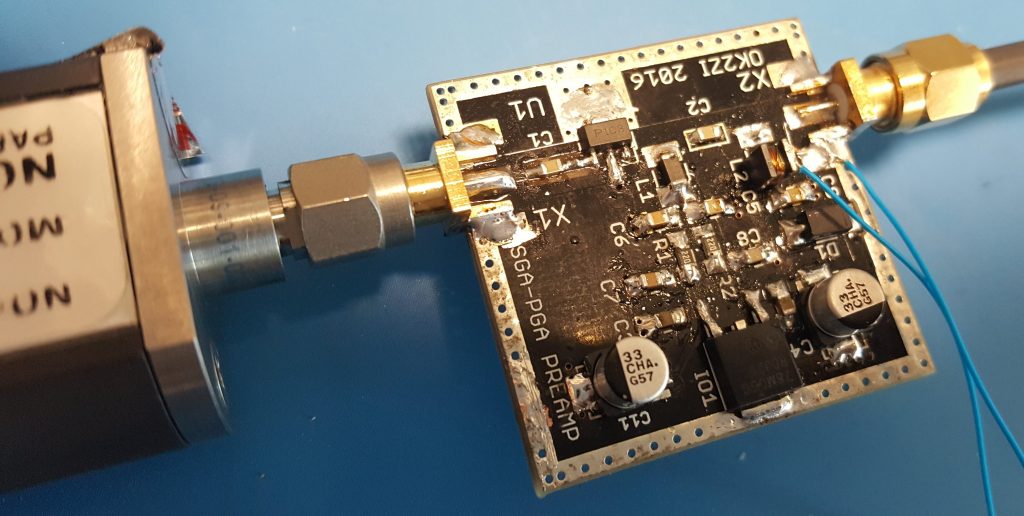 In order to get a large range of frequencies in one sweep, the output was displayed on spot frequencies as a table, instead of as a graph in previous cases. The frequency range includes all of the amateur allocations. The device supports 50 to 4000 MHz.

The DEM L144LNA I had floating around in my shack for a while. I had built it up but not used it. It was originally purchased as a low-noise device, but is slightly older than some of the other designs here. On the 2m band, the noise figure was found to be 0.55 dB NF and the maximum gain around 16 dB. 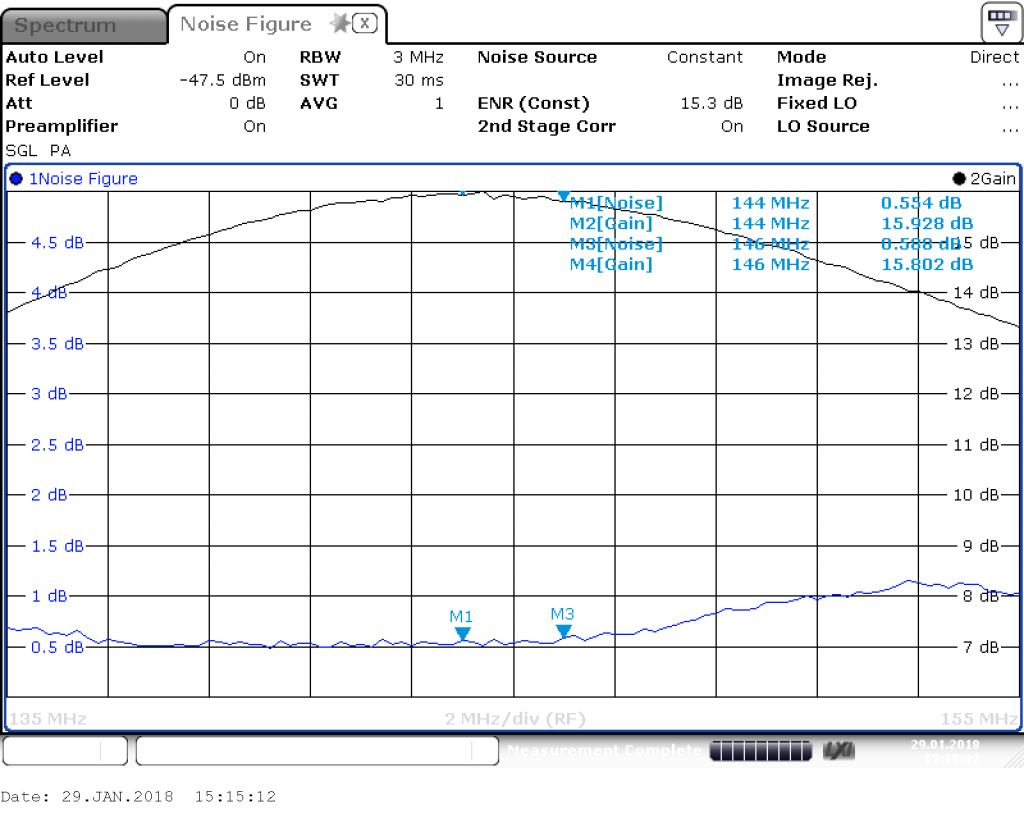