A fair while ago, I saw a device called The Minty Boost. It’s a USB device charger powered by batteries. The idea is that if you’re phone is running low while out and about, you can charge it from some readily available batteries such as dry-cells.

I managed to find (steal) some suitable batteries in our workshop (belonging to my Dad). These were AA batteries; 1.2 volts and 2500 mAh. I purchased a battery holder for these batteries. In series, four batteries gives a total of 4.8V (4*1.2 volts) at 2500 mAh in total. Connecting the batteries in parallel gives 10,000 mAh, at 1.2 volts. Either way, this is a fair bit of energy in a small physical space – exactly what we need.

I prefer the idea of using the parallel configuration: it gives a higher current, so we can draw more current form the batteries; it also gives a lower voltage, requiring a step-up converter.

I have some Maxim IC MAX771 Stepup DC-DC regulators so will probably base my design around those. The MAX1771 (newer version) is a 12 volt step-up converter, but may be adjusted to any voltage. I have configured the chip as detailed it the data sheet, calculating the feedback network for 5 volt output. I used BJTs (bipolar junction transistors) as I did not have any FETs (field effect transistors) with a low enough gate threshold. I used a BC549 combined with an BSX49 in a Darlington pair. This gives a threshold voltage of approximately 1.4 volts. Much less than the power-FETs I had, at 3.5 volts. My vero-board design was a test set up, to establish suitability 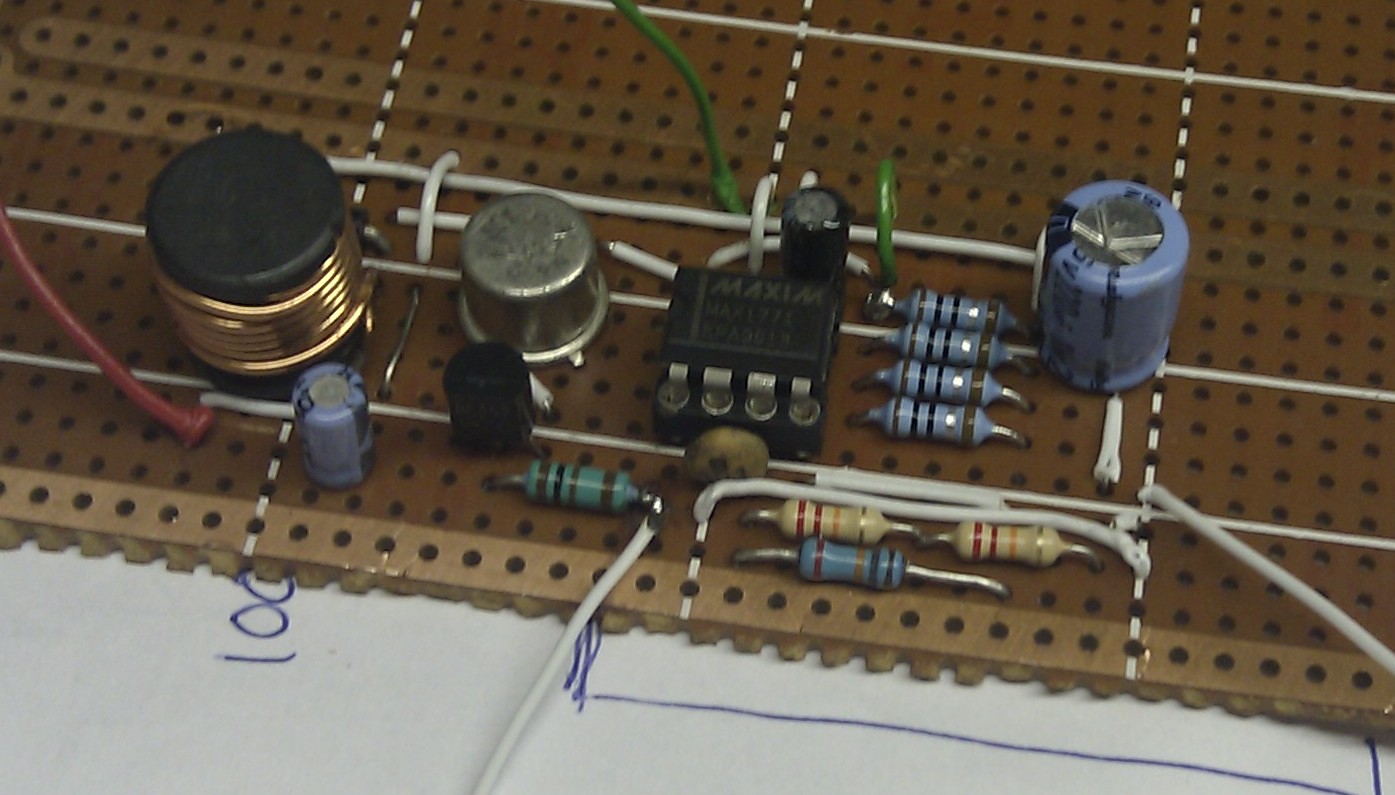 The first design worked well, but the output current was low. Upon investigation, I found that the BSX49 wasn’t allowing for a high enough collector current, and was causing problems. In order to overcome this, I replaced the BSX49 with a 2N3055 – an ‘epically’ over-rated transistor, but it is bullet-proof. This worked much better, but, created other problems. 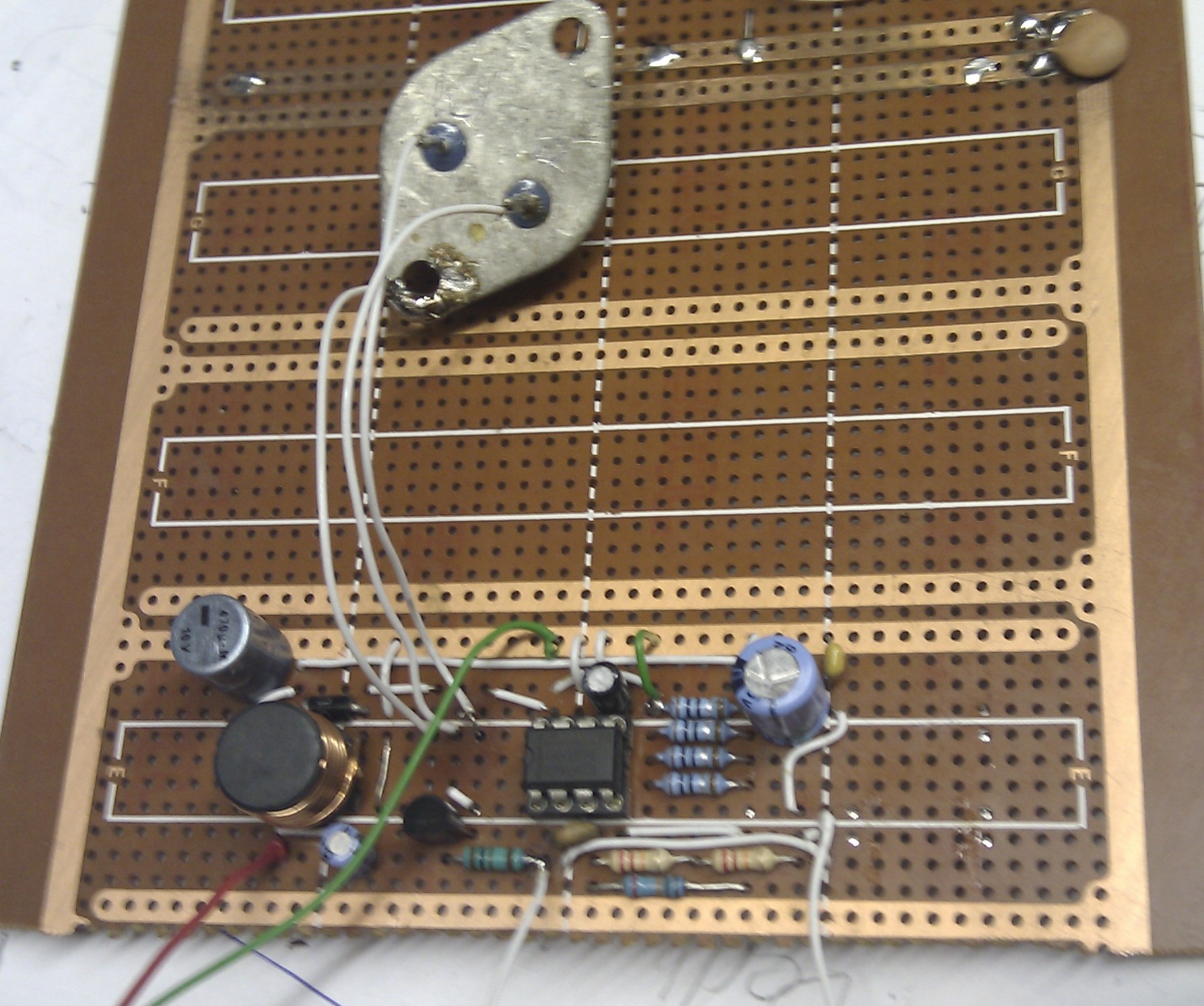 However, at about 750 mA, the output starts to get noisy.

While getting some parts in a local Maplin Electronics store, I decided to have a wander around. Aaron Brown calls this looking for inspiration. That is exactly what I found. I was looking in despair at the solar USB chargers, etc. when I come across a pull string USB charger. It had a nice brushed aluminium case, with connectors nicely mounted on both ends. The best part was that it was Â£2.99. I had always intended to improve it. I started a separate page on the conversion: Maplin N32GL

Just for the record: