You may also be interested in my Portable Radio page.

Due to my increased Portable Radio work, I bought an Icom IC-7000 for field/portable use, and moved my Yaesu FT-857D into the car to replace my Yaesu FT-7900E. The main reason was to get HF in the car. The FT-857D has the same DATA and ACC ports as the FT-7900E so the APRS mobile tracker hardware will fit with the new radio. The only issue was in the physical sizes of the radios. The FT-857D is much larger than the FT-7900E and so wouldn’t fit inside the storage compartment in the back of my car.

I decided that I would install the radio and tracker into a nice box and mount it under a seat in the car. This way, I would have access to much more room and the box would serve to protect the radio from shoes from persons in the back seats and to keep the wires confined. The pictures below show the finished design. 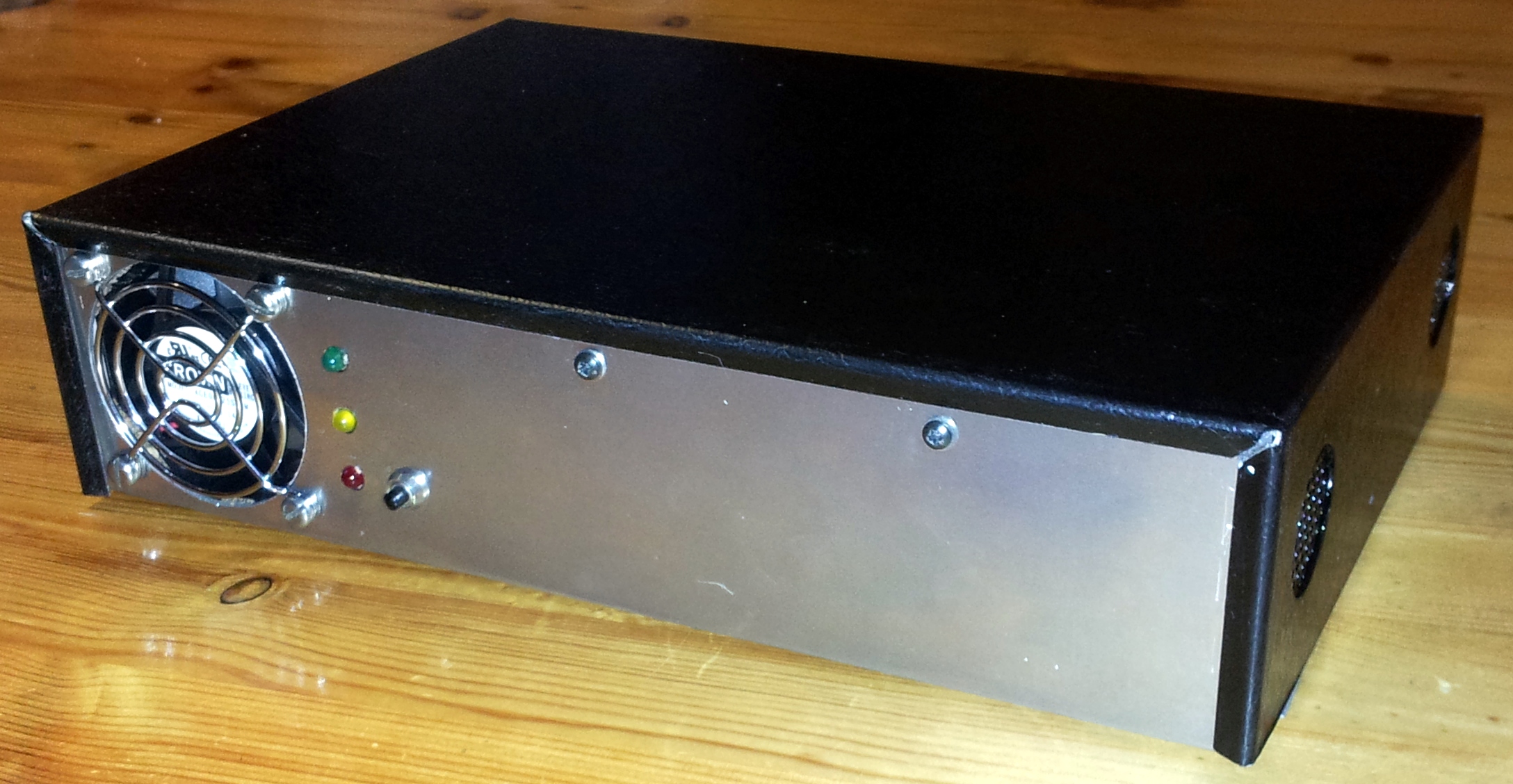 The image above is the front of the box. The fan is blowing out of the box, drawing air around the radio from the holes on the right side of the box. These holes vaguely line up with the fans on the radio. The LEDs show the status of the FoxDelta FoxTrak (TinyTrak clone) APRS Tracker. They represent GPS status (green), channel status/DCD (yellow) and radio transmit (red). 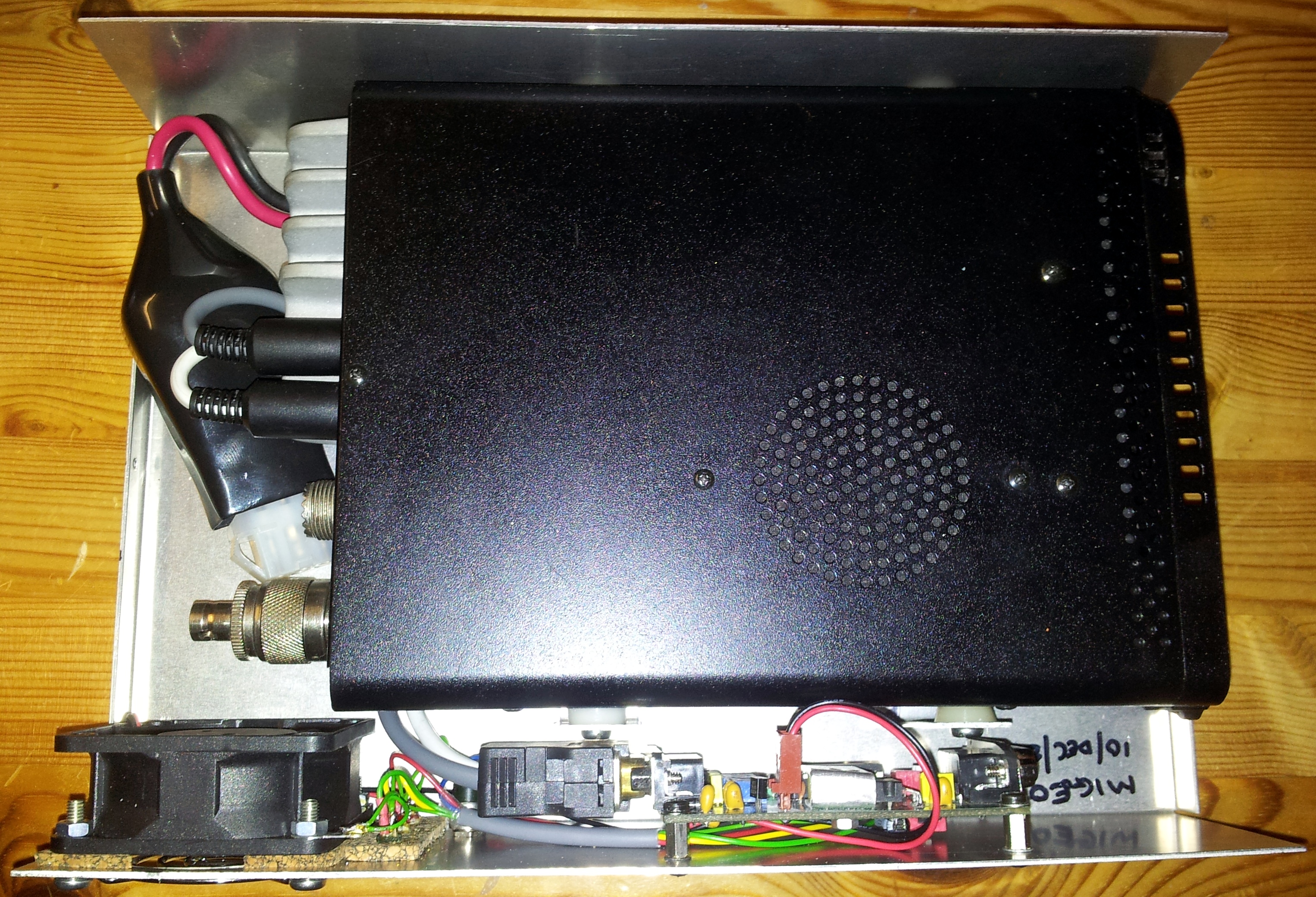 The image above shows the inside of the box. The radio has the separation kit so the front panel is mounted on the vehicle dashboard with the speaker and microphone are wired out to sensible places. This box is to be mounted under-seat in the car cabin – this affords it protection from heavy objects squashing or colliding with it in the vehicle boot.

You can see the 60mm-fan is mounted on some cork to reduce mechanical vibration being transferred to the case. The LEDs are also mounted on cork to space the LEDs – making sure that only a small amount of the LED shows through the front panel – just aesthetics. The FoxTrak is located on the right, powered by the radio. The GPS plugs into the FoxTrak on the image right DB9 socket and is powered by the radio, via the FoxTrak.

Selecting a suitable static beacon interval, and radio auto-power-off interval, it can be arranged that once the vehicle is static, if I forget to turn the radio off, the system will transmit one beacon, and then power down the radio, tracker and GPS; thus preventing the car battery from flattening.

The VHF/UHF antenna on the car is a simple dual-band antenna, chosen for it’s short length. It’s not the greatest antenna, but it matches well giving a low SWR and results have been fair. The short length allows me to take the car into multi-story car parks without worrying. 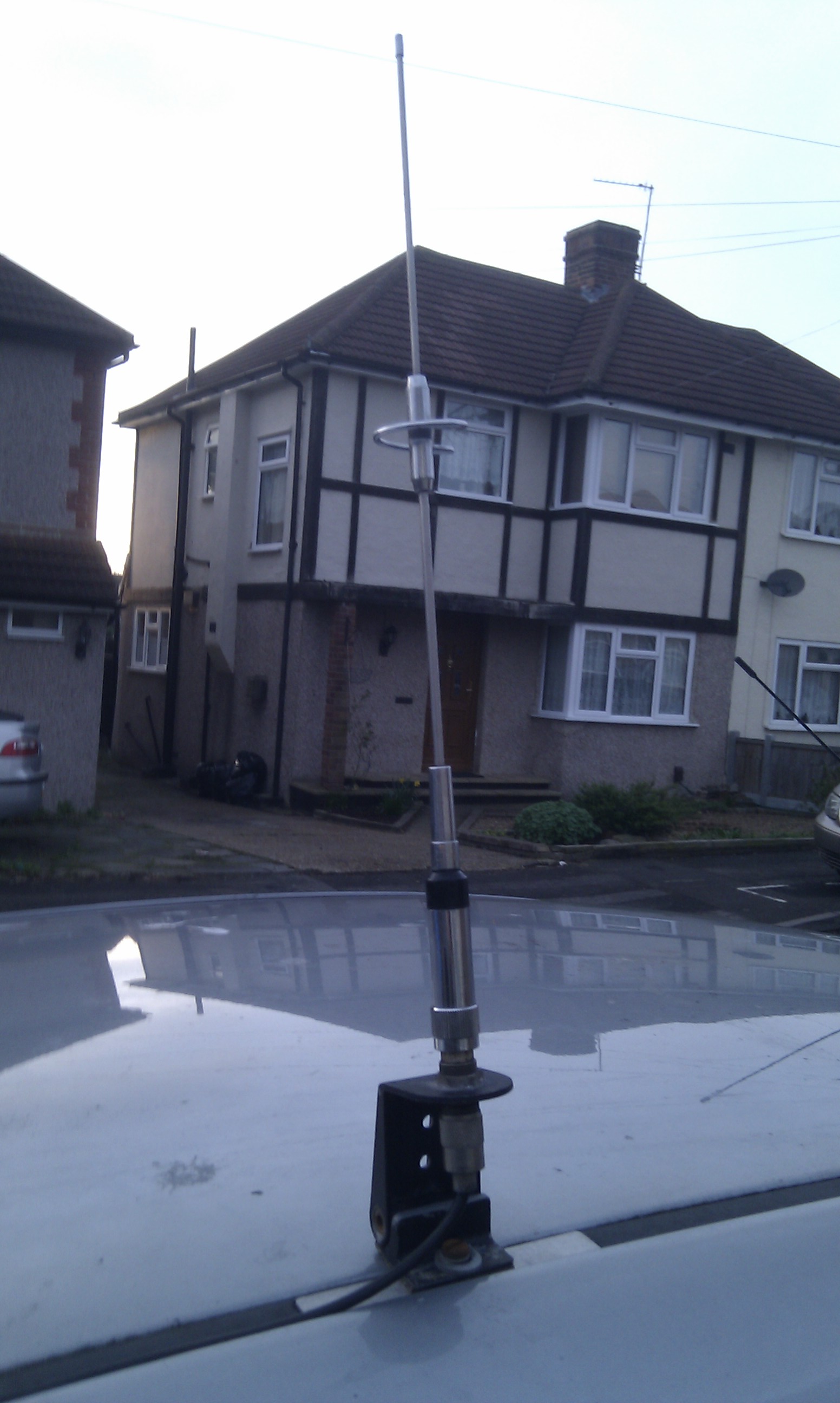 As I don’t yet have any mobile use antennas, I’m limited to long-wires. I am looking to get some whips to use. The design of my car makes it hard to have bumper mounted antennas, as the boot opens through that space. See my Portable Radio page for more on HF antennas and portable operation.