While waiting for my Bus Pirate to arrive, and thinking about electronics in general, I was wondering if there was something more basic I/O than the Bus Pirate. After trawling around the internet, I came across references to the Velleman K8055. I spoke to a good friend, Dave Mills, who has owns one and has set others up for jobs at his university; Dave recommended it and also informed me that it works well under Linux using libk8055 (C and Python) as well as lbk8055i.pm (Perl). For those interested, there is also a good (though basic) GUI available, called k8055gui.

I bought the K8055 as a kit, from Maplin Electronics. This comes either as a kit of parts or as a pre-assembled device. The pre-assembled device costs in at an extra Â£10. Naturally, I opted for the cheaper option, as I have had a lot of experience designing, building and debugging circuit boards, and feel confident in soldering it. If this is not the case for you, then go for the pre-assembled one – that said, the board wasn’t too hard to construct; I’d say about 4/10. I followed the instructions included in the kit and all worked perfectly (as I had expected). I used the Linux command line program, k8055, which enabled me to test everything was working – it was – excellent! 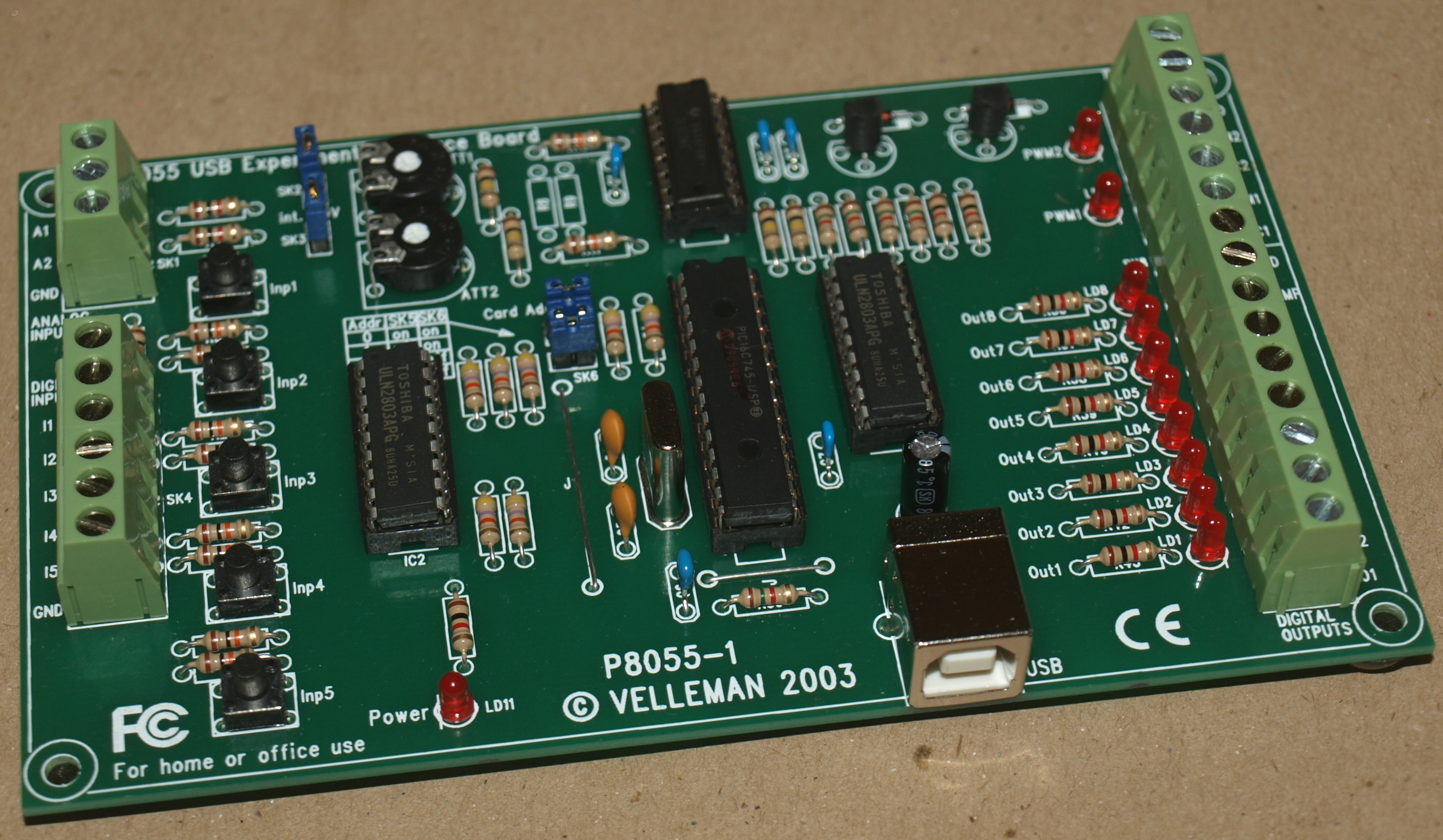 Below is a list of a few projects of mine that used my K8055. They all have software and detail how the stuff works. For simplicity, I have separated these projects onto their own pages: