Most of my radio activity takes place in The Shack, but I also have a couple of antennas which connect directly to the house. I have a very simple 1/4

What I notice is that on 2 metres FM, chatting with local stations, I usually get better signal reports on the simple ground plane 1/4

than on the colinear (which supposedly has 3 dB gain on 144 MHz [ here ], although it is not specified to be dBd or dBi).

Having done an demo/example session of using a vector network analyser at the radio club, I decided to connect up the antennas here in the home-shack, to see what the odd signal reports were about.

Firstly, I had a look at the simple ground plane 1/4 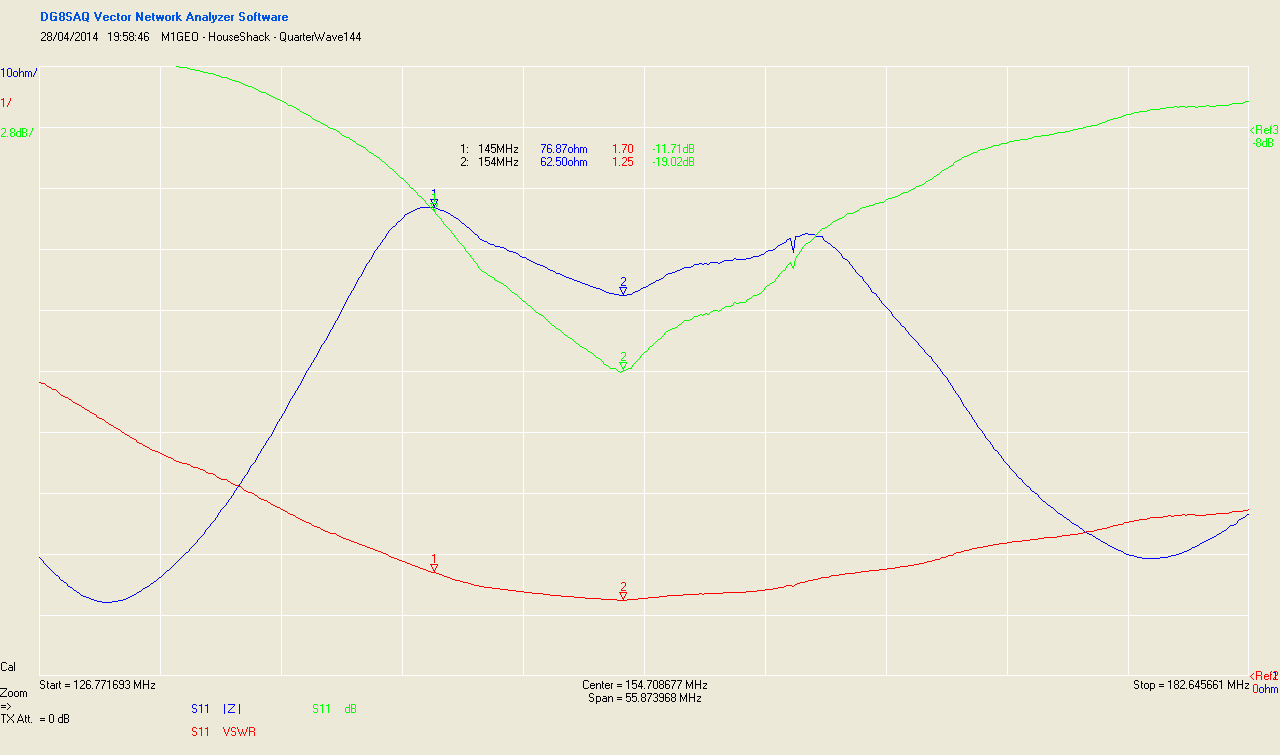 Next comes a complete sweep of the Diamond X-30 colinear. I couldn’t remember if the antenna was of any use on 6-metres (50 MHz) and so I started the sweep low so I could see. As is apparent, it is not. I notice there is a resonance at approximately 260 MHz – initially, I thought this may be to do with the American 1.25-metre (222 MHz) band, but alas not. My guess is that it is an unintentional resonance because of the physical construction of the antenna. 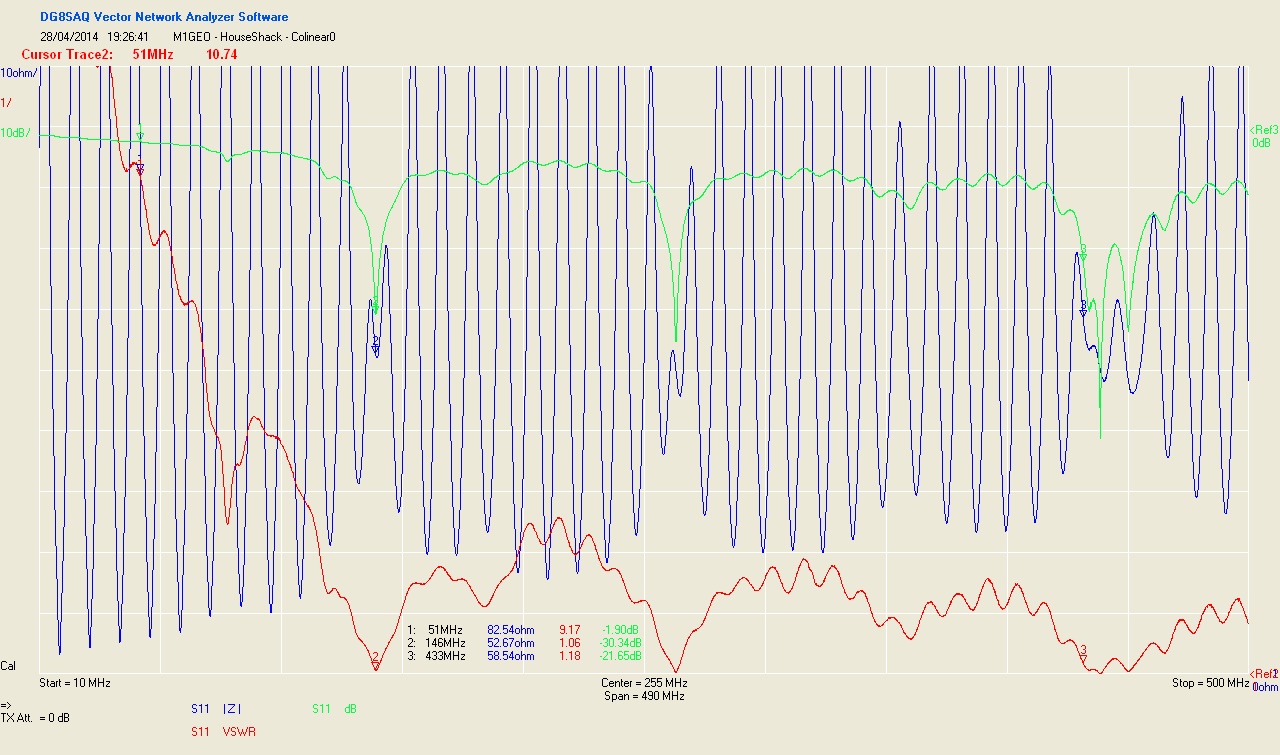 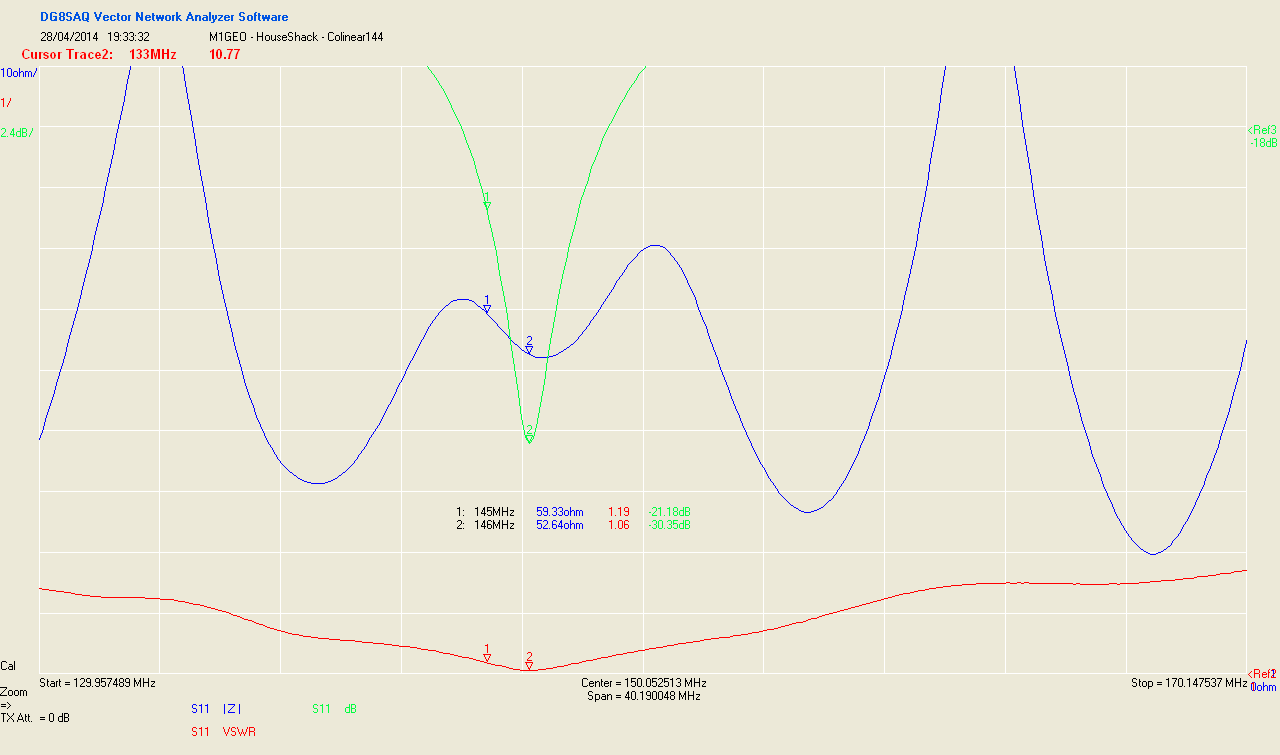 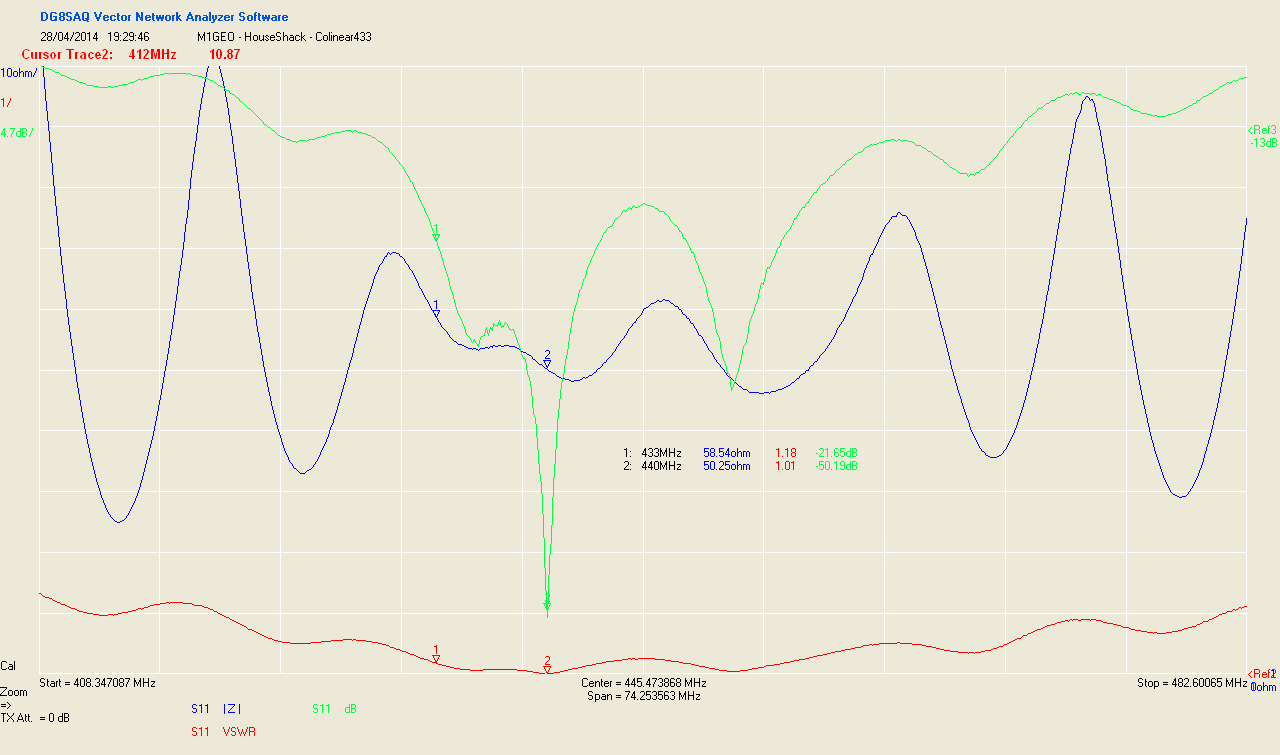