This page hosts my Arduino Source Code for my Arduino QRSS transmitter. The QRSS page has more about QRSS in general as well as some reports.

The Schematic for the PA can be found here: 1W PA for 10MHz. This amplifier makes about 800mW from the DDS-60’s drive. 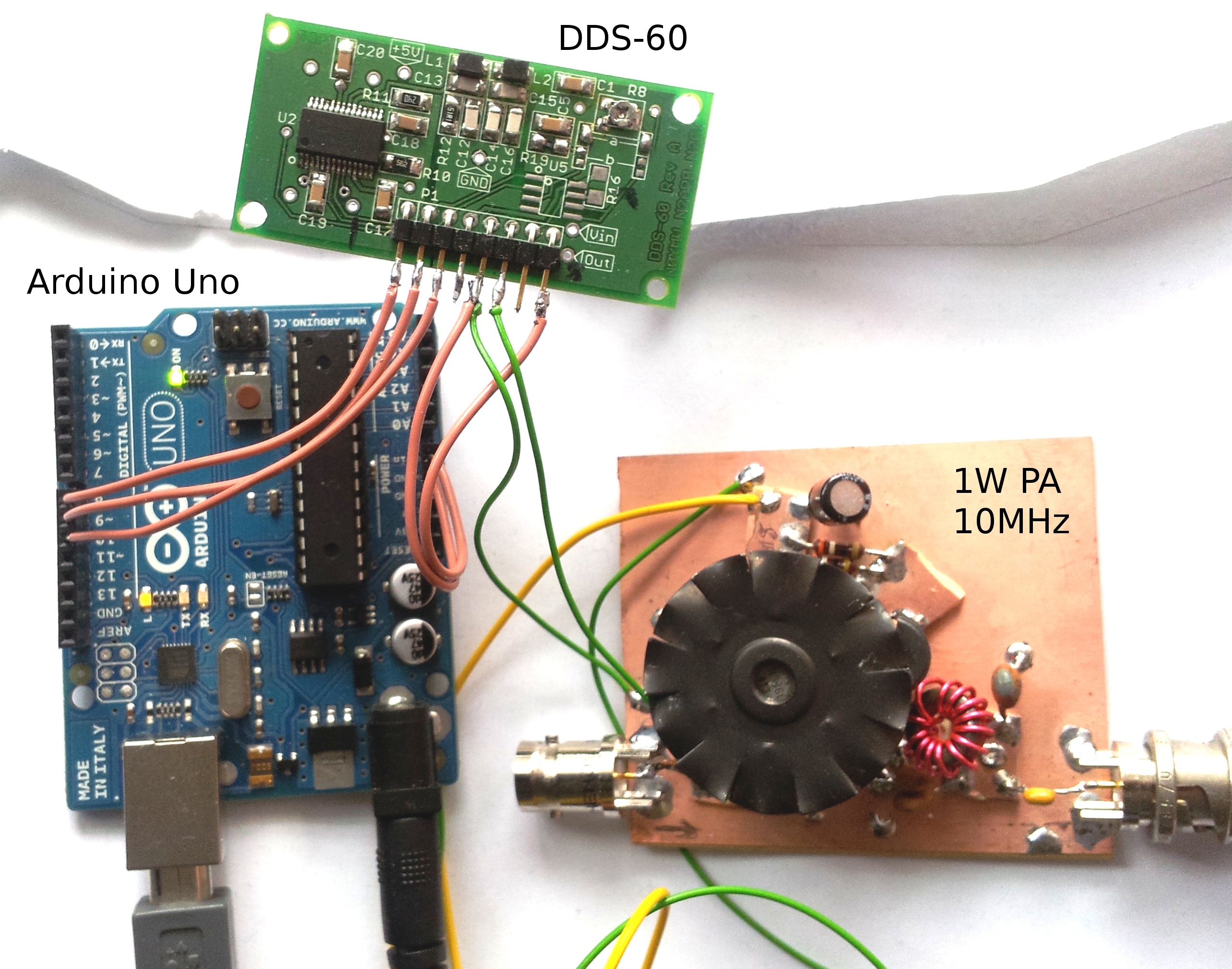 This work is based around the work of the following two people, whom in turn have provided links for their works: