This page was written for Mint Linux 14 (Cinnamon). It should apply equally to Ubuntu distributions around the 12 era. This guide is opposed to installing the standard suggested virtual-machine solution.

The Contiki Wiki has some very valuable information and is worth a look.

The first thing to do is to start downloading Contiki. The Contiki-OS Download Page has a link to download Contiki source code. At the time of writing, Contiki2.6 was the latest. Direct link here (25MB).

Once it’s downloaded, you’ll have a ZIP file: contiki-2.6.zip in my case. The next thing to do is to extract this zip file, and put the contents into your home directory and rename the folder, removing the version number so that the files have the path ”/home/username/contiki. You can do this graphically, or you can do it with the terminal:

You should end up with the following in your home directory: 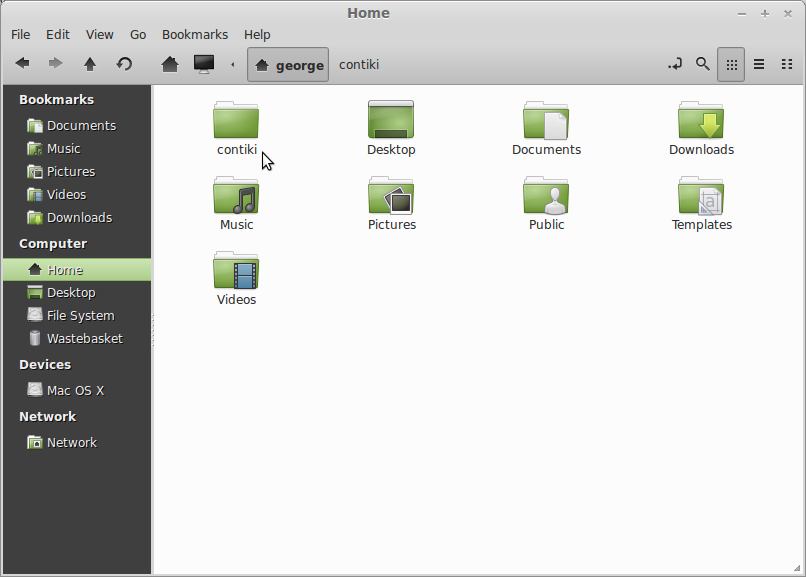 The next thing to do is to install the MSP430 toolchain. If you’re running a newer Linux distribution which has these packages then you’re in for a quick and easy ride. See here for more information.

If not, then my advice is to upgrade! Seriously. If you cannot/will not change, then check out these links:

Once you’re all done, check that the compiler is in the path and that it is all ready to go. I just confirm this by calling the compiler from the terminal with the version flag:

If you get something similar, then you’re ready to roll!

So the next stage is to see if it’s working. Let’s compile an example. I created a folder in my home directory called contiki-test and then copied the LED fading example from the example/sky folder to the new test folder. The following commands should do this:

As well as the source file rt-leds.c you will also need to have the makefile. Mine is as follows; remember, that your username may be different from george:

Once you have that, you’re ready to try and compile it. Issue the command and hope there are no errors …

You’ll get lots of output from the compiler. Once it’s finished, you should have a file called rt-leds.sky. If so, then you’ve won!

We’ll test the Cooja simulator too. My Contiki Cooja Simulator page has much more about Cooja on it. 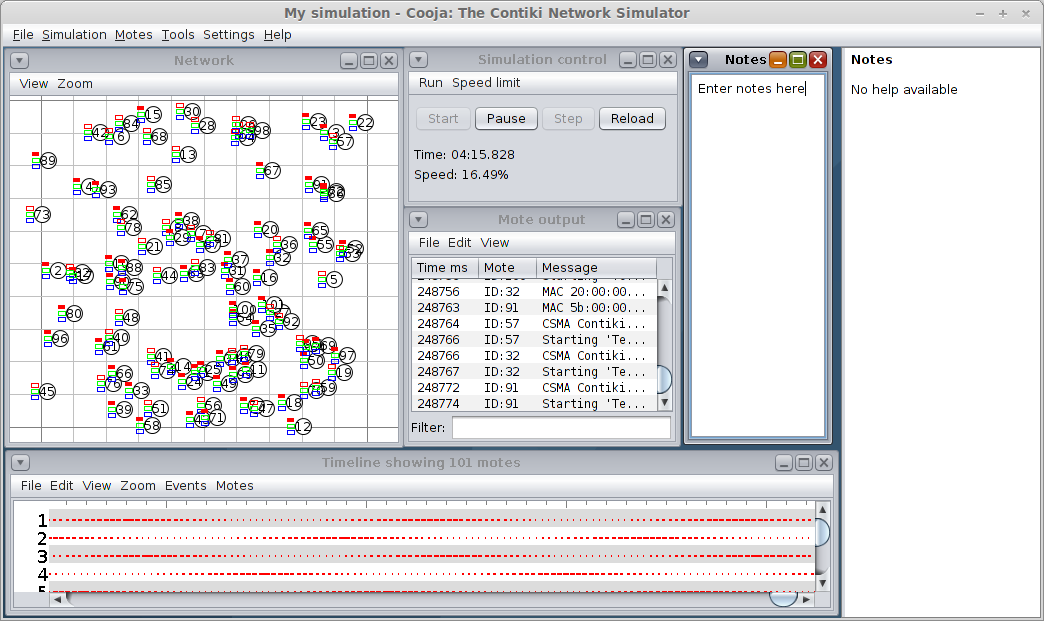 The last simulator to check is the MSP Simulator, and that is invoked like this:

This offers simulation of a single node’s hardware, in contrast to Cooja’s network style simulation. 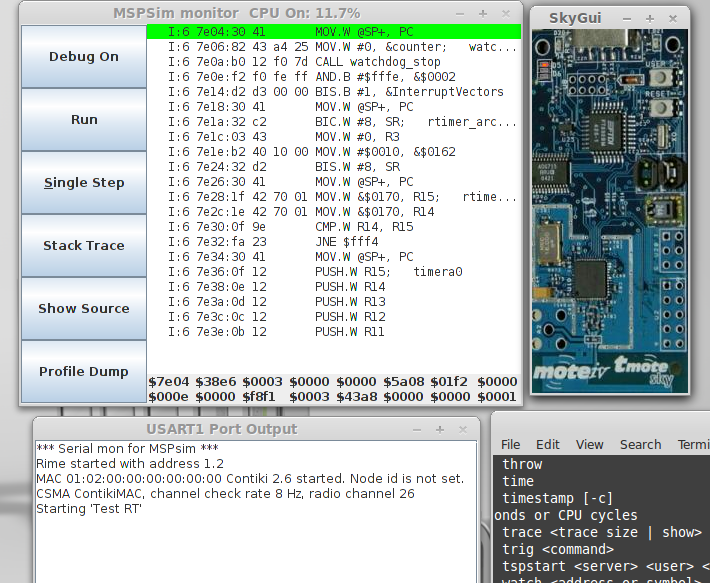 This error is solved by editing contiki/cpu/msp40/Makefile.msp430 and removing the -g option from line 132, as described here.

Fixed the issue for me.

This page just provides a few links and tips for anyone looking to get started with Contiki. Firstly, Contiki provides an instant environment which can be booted with a virtual machine and used. I wanted to have my environment run natively so I set about trying to work it out using Ubuntu. This process describes Ubuntu 10.04.3 LTS.