Some weeks ago I brought a Nagoya NA-771 antenna from BangGood. I had previously brought such an antenna before, but noticed this was slightly different in design. Upon use, I noticed this antenna was inferior in terms of both transmitting and receiving performance. When compared to the standard flexible whip antenna supplied with the radio (Icom ID-51E+), the Nagoya antenna performed significantly poorer. Using a local digital voice repeater as a test end-point, it possible to explore the transmitter bit error rate (BER) and the receive signal strength indication (RSSI) meter reading. Both results indicated the Icom antenna was better (with a TX BER of 3.5%) compared to the Nagoya antenna (with a TX BER of 5.9%). The RSSI meter confirmed those results on reception, too.

I decided to give the antenna to David Mills G7UVW to X-ray the antenna base, and give an insight to what’s inside! This post just has a few pictures.

Below left you see a cross section of the antenna, with a double spiralled steel spring whip, inserted into a metal pin, which in turn links to the centre pin of the SMA antenna connector. Right is the physical appearance of the antenna.

Below, a different rendering of the data. 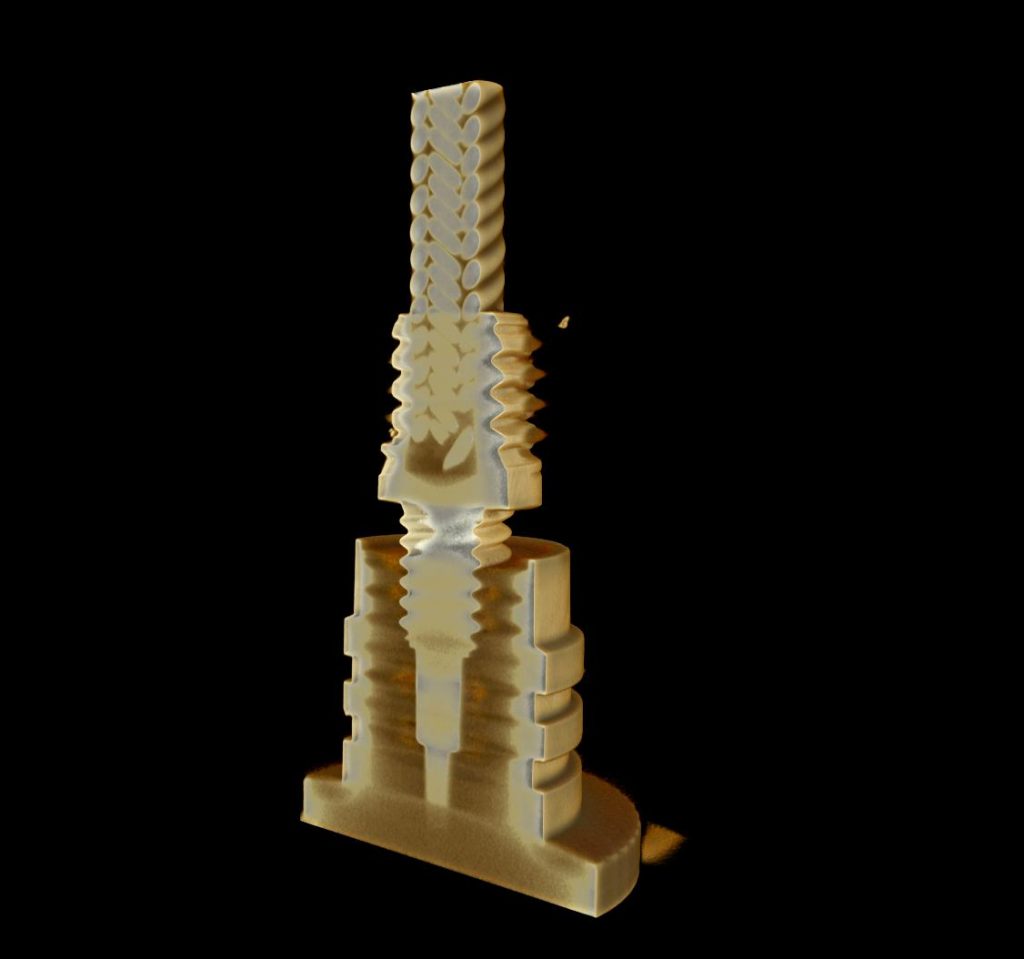 Thanks to Dr David Mills (G7UVW) for the X-Rays. Dave has lots of X-Ray fun on his Twitter feed, @DTL.

The total antenna height is 386mm, base to tip, of which 325mm is the whip section. Below shows the antenna dimensions entered into simulation environment. The left column shows the radiation pattern in both the horizontal and vertical planes, and the right column shows the VSWR plot over a large range, centred on the band. Finally, a 207 MHz row is included since this is where the antenna appears to be resonant.

Some time after this was originally published, I was contacted by Jeff WB7AHT who explained that he had found similar issue with cheap antennas, and that he was able to carefully trim the whip length, resulting in a VSWR of below 1.4:1 on both bands. Jeff also notes that old speedometer cable makes an ideal whip since it is brass wire strands wrapped around a steel core.